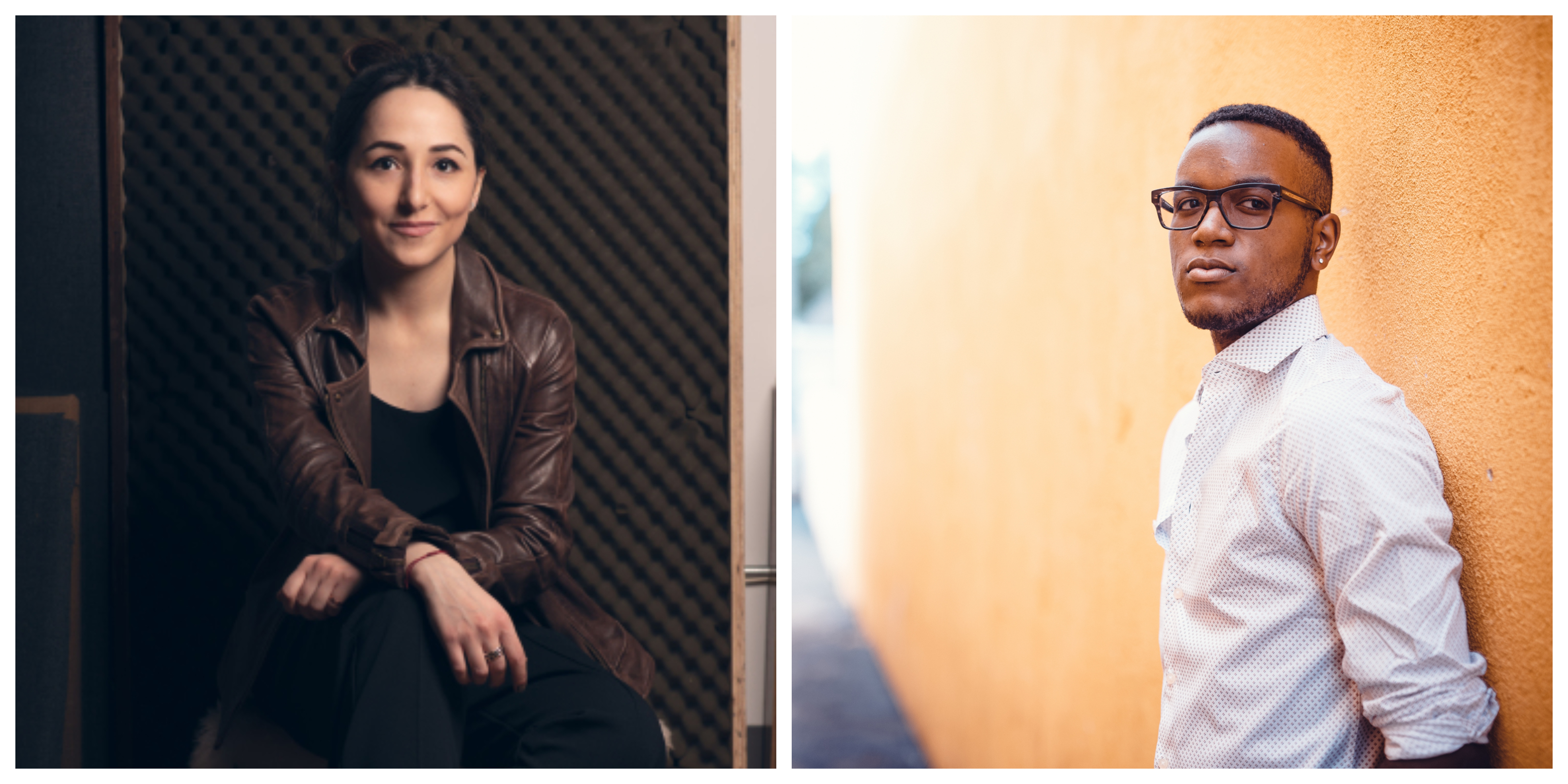 Michael Mayo, the third vocalist to be accepted at the prestigious Thelonius Monk Institute, a student of Wayne Shorter and Herbie Hancock, is one of the most promising young vocalists on the American jazz scene. His concert career includes performances at the White House, the Kennedy Center and the Panama Jazz Festival. Whether playing with a big band, a quartet or doing a solo performance using a looper pedal, Michael commands the attention of the listener with his unique and fresh vocal style.

Alina Engibaryan is a young Russian vocalist who moved to New York after completing her master’s degree at the Prins Claus Conservatory in Groningen, and immediately rose to the top of the vocal scene there. The recipient of the first prize of the Montreux Vocal Competition had the opportunity to work with the legendary Al Jarreau, who said that when Alina sings you can hear her heart. She has also collaborated with the New York trumpeter Alex Sipiagin, and has recently made a record produced by GroundUP Music and Michael League, the bass player and leader of the band Snarky Puppy. On the album “We Are”, Alina is accompanied by the jazz “dream team” comprised of Michael League on bass guitar, Chris Potter on saxophone, Taylor Eigsti on keyboards and Kendrick Scott and Larnell Lewis on drums. Her unique concept of fusion of traditional and modern jazz makes Alina one of the most promising singers on the world jazz scene.